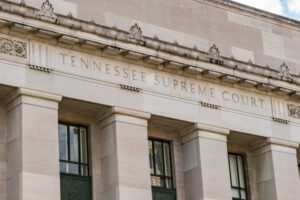 The Good Faith Exception to the Warrant Requirement

To be sure of understanding this case, a brief historical explanation is submitted.  A search without a warrant is presumptively unreasonable, and the fruits of the unreasonable search is subject to being excluded by the jury for consideration on the guilt or innocence phase of a criminal trial. This is typically called in the law “the exclusionary rule.” The general rule governing presumptively unreasonable warrantless searches and seizures “is subject to ‘a few specifically established and well-delineated exceptions, jealously and carefully drawn. These exceptions include searches and seizures conducted incident to a lawful arrest, those yielding contraband in plain view, those in the hot pursuit of a fleeing criminal, those limited to a stop and frisk based on reasonable suspicion of criminal activity, those based on probable cause in the presence of exigent circumstances, those based on consent, and now upon the good faith belief of a law enforcement officer. The purpose of the exclusionary rule under the Fourth Amendment is to deter police misconduct and “to prevent police from violating suspects’ constitutional rights.” The exclusionary rule was crafted in 1914 by the United States Supreme Court and operates in theory as a deterrent to law enforcement who violate the rights of its citizens. It is used as a protective shield against misconduct. The Tennessee Supreme Court has both the authority and the responsibility to decide whether a good faith exception [to the exclusionary rule], or any other exception, should be adopted because the rule originated in the Supreme Court and is a darling in the nursery of the Court.

The Court discussed in its opinion, the evolution of the Federal Good-Faith Exception. It first arose in 1984 in the celebrated case of United States v. Leon, stating that the Court had not yet recognized any form of good-faith exception to the Fourth Amendment exclusionary rule but that its “evaluation of the costs and benefits of suppressing reliable physical evidence seized by officers reasonably relying on a warrant issued by a detached and neutral magistrate leads to the conclusion that such evidence should be admissible in the prosecution’s case in chief. The Leon Court, in balancing the societal costs that accompany imposition of the exclusionary rule, opined that “the balancing approach that has evolved in various contexts—including criminal trials—‘forcefully suggest[s] that the exclusionary rule be more generally modified to permit the introduction of evidence obtained in the reasonable good-faith belief that a search or seizure was in accord with the Fourth Amendment.’” The Court emphasized that the purpose behind the exclusionary rule is the deterrent effect on police misconduct, stated, “[W]here the officer’s conduct is objectively reasonable, ‘excluding the evidence will not further the ends of the exclusionary rule in any appreciable way; . . . [e]xcluding the evidence can in no way affect his future conduct unless it is to make him less willing to do his duty.’  Not every case allows for the good faith exception to the warrant requirement, and then there is a line of case where the United States Supreme Court has expanded the good-faith exception in other cases. In summary, we think it can be prudently stated the law today in Tennessee is the harsh sanction of exclusion ‘should not be applied to deter objectively reasonable law enforcement activity.’”

In the opinion, the Tennessee Supreme Court directed the trial courts to consider relative to application of the exclusionary rule, the following non-exhaustive factors: (1) whether the police error was the result of simple negligence rather than systemic error; (2) whether the error was the result of reckless disregard of constitutional requirements; (3) whether the error was isolated rather than recurrent; and (4) whether the error existed, undetected or uncorrected, for such an amount of time as to indicate reckless or gross negligence.  In Lowe, the Court recognized the amorphous nature of the term “good faith” but posited that “a good faith mistake is one characterized by simple, isolated oversight or inadvertence. A good faith mistake does not include conduct that is deliberate, reckless, or grossly negligent, nor does it include multiple careless errors.”  The benefits of deterrence must outweigh the costs. The extent to which the exclusionary rule is justified by these deterrence principles varies with the culpability of the law enforcement conduct . . . [;] ‘an assessment of the flagrancy of the police misconduct constitutes an important step in the calculus’ of applying the exclusionary rule.  Thus, it can be said that evidence should be suppressed ‘only if it can be said that the law enforcement officer had knowledge, or may properly be charged with knowledge, that the search was unconstitutional under the Fourth Amendment.  “To trigger the exclusionary rule, police conduct must be sufficiently deliberate that exclusion can meaningfully deter it, and sufficiently culpable that such deterrence is worth the price paid by the justice system.”  The rationale is simple: The Supreme Court has stated, “If exclusion of evidence . . . is to have any deterrent effect, therefore, it must alter the behavior of individual law enforcement officers or the policies of their departments.”

In the case at hand, to allow a police officer to arrest an individual based upon a list that the police officer’s own agency creates, maintains and has exclusive control over and then claim good faith based upon negligently created information from the list would create a dangerous precedent.  The risk of potential abuse is very palpable and the exclusionary rule serves as a deterrent to future abuses.  The Tennessee Supreme Court discussed the doctrine of “collective knowledge” of police officers.  Whether the police possessed probable cause requires consideration of the ‘collective knowledge requires that “a sufficient nexus of communication existed between the arresting officer and any other officer or officers who possessed relevant information.  Such a nexus exists when the officers are relaying information or when one officer directs another officer to act. The point is not that probable cause is lacking because it turned out that the “facts” upon which the officer acted were actually not true. Rather, the point is that the police may not rely upon incorrect or incomplete information when they . . . are at fault in permitting the records to remain uncorrected.  The notion may be that when the law enforcement system elects to construct an elaborate recordkeeping system it must be charged with the responsibility of keeping that system reasonably up to date. To explain: while courts are “understandably not inclined to infer police misconduct” when the records are outdated by a few days but that “to tolerate much longer delays on the bizarre notion that police ‘forgot’” to update the system is clearly wrong).  The U.S. Supreme Court is in accord with this exception: “Leon admonished that we must consider the actions of all the police officers involved.”

In conclusion, Tennessee is mirroring the opinions of the United States Supreme Court. Tennessee finds very little, if any, differences between the two constitutions. For decades lawyers across the land have argued that the state independent state grounds provided more freedoms to its citizens than the federal government allowed. Not anymore. This opinion is just one in a slew of opinions in the past ten years adopting the federal rule, not only in criminal cases, but likewise in civil cases. The opinion was predictable.

If you need an Attorney, look no further than Mr. James Bell. He is the Best. The Best of the Best. If I could I would give him 10 stars. When I called him, he listened to every word I said. He got right on my case and called me back the very next day with my best options. I was overwhelmed with his professionalism, his quick response to my every call, and his calming words. He went above and beyond multiple times for me. As a company owner I have a hard time recommending almost anyone these days, but I would recommend Mr. Bell 1,000 times over. If you want the best Attorney that will fight for you, this is the man to call. There are no words to describe how thankful I am to him.
Sincerely,
Travis Young

Mr. Bell and his entire team treated me like family. We all have situations we need extra help with, and Mr Bell puts you at ease, makes you feel at home and at ease, and quickly gets the job done with a positive outcome. As a huge bonus, either Mr. Bell or his paralegal, Cody were always available to talk with me or return emails.

If you need any legal assistance in East Tennessee, Mr Bell should be your only call. He is well experienced, very well connected, and has a history of winning.

I cannot day enough about my positive experience with Mr. Bell and his team-they were a blessing to me during a challenging time.

Mr. Bell and his associates are amazing at what they do. They were incredible throughout the entire process with us, and gave us the best outcome we could've hoped for! They were very accommodating with our circumstances, and Mr. Bell has the ability to put your mind at ease and make the best out of your situation. We can't thank them enough for everything they did for us!

I highly recommend Mr. Bell and his office for any legal needs you have!