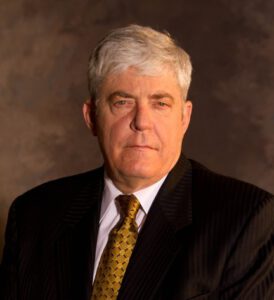 More than forty years ago, a second-year law student strongly suggested that James (Jim) A.H. Bell apply to law school at the University of Tennessee.  At that time, Bell was a recent graduate from East Tennessee State University, having earned a Bachelor’s Degree in Social Work with a concentration in Criminology.  The person making that suggestion was a future United States Attorney for the Eastern District of Tennessee, James Russell Dedrick.  Bell promptly enrolled at the University of Tennessee College of Law in the spring of 1971.  He was back in his hometown of Knoxville, Tennessee, with no job, no income, no scholarship, nor any other means to obtain his degree.  Help came in many forms in those days, and one person who reached out to help was soon-to-be-nationally famous criminal defense attorney Robert W. Ritchie.  Bell, along with Gary Wade, the future Chief Justice of the Tennessee Supreme Court, hooked up with Ritchie in a celebrated case through the law school’s legal clinic, where Ritchie taught at the time.  As a result of that case, Bell earned a job for the remainder of his time in law school as an investigator with Ritchie’s firm.  At that time, the firm consisted of Bob Ritchie and Joseph M. Tipton, a future Chief Judge of the Tennessee Court of Criminal Appeals.  That relationship ultimately developed into a partnership in the firm Ritchie, Tipton & Bell after Bell graduated from law school, took and passed the bar exam, and was sworn in as a lawyer in 1974.  As Bob Ritchie noted three decades later when Bell was profiled in the Tennessee Association of Criminal Defense Lawyers publication “For the Defense,” “Jim hit the ground running when he obtained his law license …. and has never stopped once since.”

To be sure, Bell hit the ground running.  Among his achievements, Bell has been named to the  Best Lawyers in America, Best Lawyers in the Southeast, Best Lawyers in Tennessee, Best Lawyers in Knoxville, and many other such lists.  When asked about being named to these “best lawyers” lists, Jim responds that it is indeed an honor and privilege to be recognized each year by judges and his colleagues.  He goes on to say, “every new year I am inspired to continue to receive these recognitions in the future, as last year’s wins in the courtroom really don’t count in this year’s statistics. “

Bell has gained national recognition not only as a trial lawyer, but also as a presenter for national bar association groups.  His presentation evaluations put Bell in the category of one of the most highly-sought presenters on trial issues.  Jim has presented for decades for the National Association of Criminal Defense Lawyers, the Tennessee Association of Criminal Defense Lawyers, the National College for DUI Defense, the National Child Abuse Defense and Resource Center, the Tennessee Trial Lawyers Association, and other state and national groups.  Bell has also lectured to members of the American Association for Justice (formerly the National Trial Lawyers) and various state bar association groups throughout the United States.  He has been invited for repeat presentations in many jurisdictions after his presentations to state and local bar associations.  Additionally, Bell has been a frequent presenter/guest lecturer at virtually all of the law schools in Tennessee and has assisted many students with mock jury trial presentations.

And, finally, as Paul Harvey says, “now – the rest of the story . . . .” at least as far as it relates to white collar criminal defense and pharmaceutical crimes.  Mr. Bell fancies himself a trial lawyer, and is quick to point out that in his career, he has tried to verdict, litigated to judgment, or had a contested hearing in over 1,000 criminal, civil, and/or administrative cases in virtually every county in Tennessee and in states stretching from California to Puerto Rico.  In the early 1980's, white collar prosecutions became a focus of various government agencies all across the country.  Many of those prosecutions came about because of a plethora of new congressional legislation which targeted conduct that was formerly considered in the realm of a “business decision” and standard operating procedure.  A good example is the regulation of pharmaceutical distribution and the requirement that “pedigrees,” essentially a chain of custody, be prepared and maintained.  Around 1985, Mr. Bell began to represent more and more professionals for wire fraud, mail fraud, bank fraud, and money laundering crimes.  By the end of the 1980's, Mr. Bell had several celebrated trial victories, including some in federal court, as the result of acquittals for his white collar clients.  His reputation grew not only as a skilled trial lawyer, but also as a lawyer who is able to quickly become knowledgeable about his clients’ businesses in order to represent them to the fullest.  In sum, Bell and his legal team are able to uncover facts not known to or overlooked by the prosecutors.  On many occasions, this evidence has resulted in a case not being prosecuted.

In 1999, Mr. Bell was employed to represent a pharmaceutical wholesaler in Tennessee in response to a federal investigation arising on the West Coast over allegations of “phony pedigrees.”  Based upon an in-depth analysis and review of the documents from a forensic standpoint, the matter was never actually prosecuted.  The lesson the government learned from that case was that not every transaction required a pedigree in the normal course of business.  Later, Mr. Bell successfully defended several other pharmaceutical cases involving pharmaceutical wholesalers in Texas, Oklahoma, Florida,  New Jersey, Tennessee, and New York.  Mr. Bell has also successfully defended persons whose DEA certificates are being called into question, such as pharmacists who are investigated for licensing issues on the administrative side of the law.  He also has successfully represented individuals who have been subjected to civil forfeiture of money and property.  Most of his clients have walked away from those experiences without suffering catastrophic consequences such as loss of assets and/or loss of licensure.  Mr. Bell has also served as plaintiff’s counsel, suing insurance companies on behalf of pharmaceutical companies for failure to comply with contractual obligations regarding pharmaceutical transactions.  In one case tried in the Eastern District of Tennessee, the insurance company settled the matter mid-trial at the close of the plaintiff’s case. While the terms of the settlement in that matter are confidential, Mr. Bell’s client was so pleased with the outcome of the settlement terms that all the support staff in his office that worked on the case received lavish gifts from the client.  In another matter, filed in New Jersey, the prosecution was finally dismissed after the government became convinced that Mr. Bell and his team of defense experts and investigators knew more about the industry and its nuances than did the prosecution.

Mr. Bell and his associates are willing to travel to virtually any location where a case may be brought by the government.  While there is no sub-specialty for the defense of pharmaceutical crimes, Mr. Bell’s office has the knowledge, experience, and skill to assist an individual or corporation that finds itself the subject matter or the target of an investigation.  The Law Offices of James A.H. Bell, P.C., has the programs, tools, and equipment to contend with the thousands of documents that will often be the crux of these cases.  The experience of Mr. Bell and his team of lawyers, investigators, paralegals, and experts encompasses dozens of cases across the United States and Puerto Rico.  Fourteen years of accumulating experts and contacts within the industry separates the Law Offices of James A.H. Bell, P.C., from other law firms often chosen to defend these type of cases.  If you or your company is a the subject or target of any civil or criminal investigation involving pharmaceutical crimes, or white collar crimes of any nature, please contact the Law Offices of James A.H. Bell, P.C. for a consultation at (865) 637-2900, or toll free at (877) 546-2900